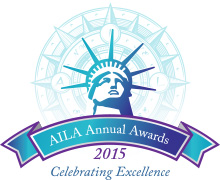 For 30 years, Professor Anker and the HIRC have shaped the development of U.S. and international refugee law and assisted people from around the world fleeing the most serious human rights abuses. Founded by Ms. Anker, along with Nancy Kelly and John Willshire-Carrera in 1984, HIRC has one of the longest pedigrees at Harvard Law School (HLS), and has spurred the creation of immigration and refugee clinics across the country and internationally.

Ms. Anker grew up in a first-generation Jewish immigrant family, with a passion for civil rights, which spurred her commitment to helping the oppressed fleeing persecution. She was very active and became well-known in community-based civil rights work before she entered the immigration and asylum field.

Her work has spanned the nation: collaboration with organizations across the country, co-drafted with Nancy Kelly groundbreaking gender asylum guidelines and amicus curiae briefs for the Supreme Court and the lower federal courts as well as the Board of Immigration Appeals on women's right to fair treatment in the interpretation of asylum law. Professor Anker is cited frequently by international and domestic courts and tribunals, including the U.S. Supreme Court. The Clinic itself has expanded in recent years, including work in children's asylum and representation of indigenous persons in asylum cases, and courses on trauma and refugees and crimmigration (now a clinic and a course).

HIRC has successfully represented hundreds of refugees fleeing human rights abuses. Ms. Anker says that "the best doctrine is shaped in the representation of clients," and the Clinic has followed this model, promoting change "from the bottom up." Ms. Anker has written leading treatises and articles that have shaped the field, recently focused on persons fleeing persecution in Central America. The Clinic wrote a vital amicus brief in the Board of Immigration Appeals decision, Matter of A-R-C-G-, establishing that domestic violence could be a basis for asylum.

As part of Harvard Law School's efforts to engage in the globalization of legal education, HIRC has worked actively to develop partnerships with law school clinics and NGOs internationally. The U.S. asylum system (which Professor Anker played an integral role in developing beginning in the late 1970s until today) serves as a model for other countries seeking to craft and improve their own domestic asylum systems. The Clinic's work with human rights advocates in Canada, Israel, Argentina, and other countries is critical to promoting the development of the law in this field, to creating fair and effective asylum systems internationally, to expanding students' education in international law, and to promoting the globalization of legal education at HLS.

The Harvard Immigration and Refugee Clinical Program has changed the course of clinical education in the United States and internationally. Former Clinic students have become clinical professors and instructors at law schools across the country - indeed in many instances they have founded these programs; they have become directors of immigrant and refugee rights and human rights organizations, partners at major international law firms, high-ranking congressional staffers, and government officials.

As one 1986 alumna commented "The lessons Debbie Anker taught me - not only in law, but in life - by seeking justice for the most vulnerable inhabitants of this earth with such breathtaking courage and determination, have stayed with me through all the years since I had the privilege of being her student. Her vision and her voice continue to guide me every day."

For all of the impact felt by so many, AILA is honored to recognize Deborah Anker and the Harvard Immigration and Refugee Clinical Program with the 2015 Arthur C. Helton Memorial Human Rights Award.