Current U.S. immigration law is based on the Immigration and Nationality Act of 1952 ("INA," codified at 8 U.S.C. §1101 et.seq.), which has been amended many times over the last 40 years. Following are some of the most important and recent amendments to the INA:

At the end of the 106th Congress the LIFE Act was enacted as part of the Omnibus budget deal negotiated between Congress and the Clinton White House. The LIFE Act included five major provisions:

In 1998, the 105th Congress passed and President Clinton signed into law the American Competitiveness and Workforce Improvement Act ("ACWIA," Title IV, P.L. 105-277) to address the demand for H-1B professionals by increasing the cap from 65,000 (where it had been since 1990) to 115,000. ACWIA also added a requirement for domestic recruitment and a prohibition on laying off U.S. workers to employers that use a high percentage of foreign professionals, and required all employers sponsoring H-1Bs to pay a $500 fee to fund education and training programs for U.S. workers. The 106th Congress passed and President Clinton signed into law the American Competitiveness in the 21st Century Act (P.L. 106-313) in October 2000. AC21 increased the cap on H-1B visas to 195,000 for the next three fiscal years. The law also increased the ability of H-1B professionals to change employers once they are in the United States, increased the fee employers must pay to educate and train U.S. workers in technology occupations to $1000, and made some changes to prevent INS delays from hurting H-1B professionals who are applying for green cards. Finally, the law allows all available employment-based green cards to be issued each year, regardless of the nationality of the applicants.

Section 245 (i) Legislation -State Department Authorization Act of 1994 and Departments of Commerce, Justice and State, the Judiciary and Related Agencies Appropriations Act of 1997

Included in the 1994 State Department Authorization Act was a provision (Section 245(i)) that allowed for adjustment of status to permanent residence for persons who had fallen "out of status" upon payment of a penalty fee. This provision was set to expire in three years. In 1997, Congress decided to cancel the 245(i) program but allowed for "grandfathering" of individuals who had filed a petition or application for LPR status or who had a labor certification on file before January 14, 1998. The 1997 legislation also created a new §245(k) that allows certain employment-based visa applicants to adjust status in the United States as long as they have not been out of status for more than a total of 180 days.

Provided for adjustment of status for all Nicaraguans and Cubans who were present in the United States since December 1, 1995 and provided for limited ability to apply for suspension of deportation for certain Salvadorans and Guatemalans who had applied for asylum before April 1, 1990, and for Eastern Europeans who entered the United States before December 31, 1990 and had applied for asylum before December 31, 1991. The law reduced the availability of employment-based immigrant visas for lesser-skilled workers by half and reduced the diversity visas by 5,000 to accommodate the new immigrants under this act.

This law prevented lawful permanent residents from receiving most means-tested public benefits, including welfare, Medicaid, food stamps, supplemental security income (SSI), and others, regardless of their length of residence in the United States or their participation in the Social Security program. Allowed a sponsor's income to be included in calculations of income when determining need, and made the affidavit of support for immigrants legally enforceable. Since passage of this Act, subsequent laws have restored many benefits to legal residents who were in the United States at the time this law was enacted.

Representing the first major overhaul of the legal immigration system since 1952, IMMACT 90 substantially changed the preference system for immigrants by establishing separate categories, with separate annual caps, for employment-based immigrants and family-sponsored immigrants. It removed from annual quotas immigrants who were immediate relatives (spouses, minor children, and parents) of U.S. citizens, and established a diversity immigration program by lottery for applicants from underrepresented countries.

IMMACT 90 also made significant changes to the temporary (nonimmigrant) visa categories, including the H-1B category for temporary workers in specialty occupations, which, for the first time received an annual cap of 65,000, and required employers to file a labor attestation with the Department of Labor regarding wages and working conditions. An annual cap was also placed on the H-2B category for temporary or seasonal workers. Other changes included the creation of new categories (O and P) for foreign nationals of extraordinary ability in their field, athletes and entertainers, a new Q visa for intercultural exchange, and an R visa for religious workers, among others.

The law established a relief from removal called Temporary Protected Status (TPS) that enables the Attorney General to designate nationals of certain countries from areas suffering from political or environmental upheavals to remain in the United States for temporary periods. The law refined and broadened the provisions concerning deportable and excludable criminal offenses. IMMACT 90 also reorganized and removed outdated grounds of exclusion and deportation.

Because of the breadth of IMMACT 90, the next year two technical amendments laws were enacted to solve "holes" in IMMACT 90, the Armed Forces Immigration Adjustment Act of 1991, which created a special immigrant status for individuals who had served honorably in the armed forces and allowed grandfathering for those who had filed petitions under the pre IMMACT 90 scheme. The Miscellaneous and Technical Immigration And Naturalization Amendments of 1991 (MTINA), reinstituted court ceremonies for naturalization which had been removed in IMMACT 90, and made technical changes to the H-1B, O and P categories.

This law established a new temporary visa category for Registered Nurses (H-1A) for a period of five years, which included strict requirements for employers to demonstrate efforts to recruit and retain U.S. workers, including a labor attestation for H-1A nurses. The law also allowed for immediate adjustment of status to permanent residence, without regard to quotas, for nurses who had been employed for three years. This law sunsetted in 1994.

Although less-well known than IRCA, this law aimed to prevent illegal marriages for "green cards." Among other provisions, it established a two-year period of "conditional permanent residence" for foreign nationals who married U.S. citizens or Lawful Permanent Residents ("LPRs"), at the end of which time the couple must prove to the INS that the marriage is legitimate, and was not entered into for the sole purpose of getting a green card.

The Immigration Reform and Control Act of 1986 (IRCA)

IRCA introduced the concept of penalties against employers for knowingly hiring undocumented immigrants. IRCA requires all employers to verify the employment eligibility of all new hires, but prohibited discrimination in employment based on citizenship status or nationality. IRCA also established several amnesty programs for various groups of undocumented immigrants in the country, in an effort to "clear the slate." These included a general amnesty for immigrants who had arrived before January 1, 1982, an amnesty for Cuban and Haitian refugees, an amnesty for immigrants who had been present in the U.S. for long periods of time prior to 1972 (called "registry"), and two programs for agricultural workers.

C. Alien and Sedition Acts of 1798—A series of four acts, three immigration-related:

D. Steerage Act of 1819—[3 Stat. 488]. Limited the number of passengers and required the maintenance of passenger lists.

D. Alien Contract Labor Laws of 1885 and 1888—[23 Stat. 332; 25 Stat. 566]. Excluded cheap foreign workers where their employment would depress the labor market. The 1888 amendment provided for the deportation of persons entering in violation of contract labor laws. During this period, Congress also established the first immigration statute of limitations by permitting deported aliens to return after one year. 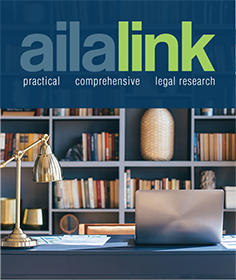