As an association of the nation's finest immigration attorneys, it is our distinct pleasure to recognize and celebrate the individuals and organizations who have achieved excellence in immigration over the last year. Awards are given in up to 11 categories for exceptional work in immigration: Advancing the Practice of Immigration Law; Advocacy; Diversity, Equity, and Inclusion; Human Rights; Litigation; Media Leadership; Mentorship; Pro Bono; AILA Service Excellence; Teaching; and Young Lawyers. In addition, the Founders Award is given from time to time to the person or entity having the most substantial impact on the field of immigration law or policy in the preceding period. 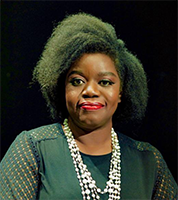 For outstanding service in advancing the cause of human rights (established 1983, renamed 2003)

Guerline Jozef is a leading human rights advocate who dedicates her life to bringing awareness to issues that affect us all locally and globally, such as immigration, domestic violence, child sexual abuse, and other human rights issues.

Ms. Jozef is the Co-Founder and Executive Director of Haitian Bridge Alliance (HBA), a U.S.-based nonprofit organization that advocates for fair and humane immigration policies. HBA provides migrants and immigrants with humanitarian, deportation defense, legal, and social services. It has a particular focus on Black immigrants from the Caribbean and Africa, the Haitian community, women and girls, LGBTQA+ individuals, and survivors of torture and other human rights abuses. Read more about Ms. Jozef. 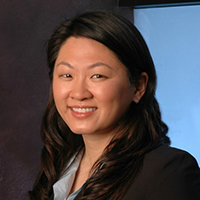 For outstanding efforts in promoting diversity, equity, and inclusion excellence in the immigration legal profession

Olivia Serene Lee is a partner in the Immigration Practice Group at Minami Tamaki LLP in San Francisco, where her practice focuses on employment-based immigration. Ms. Lee has been active with AILA’s Diversity, Equity, and Inclusion (DEI) efforts, serving on AILA’s DEI Committee, helping to develop its programs and initiatives. She chaired the committee from June 2020 to June 2021 and received AILA’s Presidential Commendation.

As one person who nominated her for the award stated, Ms. Lee’s humanity and expertise combined in a particularly meaningful way: “If you can imagine crashing waves in rough seas, but the lighthouse always being a guiding light, that is how I and so many others feel about Olivia, she is our guiding light helping us keep our footing and find our inner strength. She is calm in the storm, the life jacket when you feel you are overwhelmed and alone.” Another added, “More diverse members have had a voice because of Olivia’s thoughtful work and example as an incredible leader.” Read more about Ms. Lee. 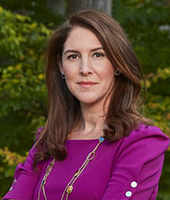 For excellence in advancing the practice of immigration law

Sandra Grossman is a founding partner of Grossman Young & Hammond, a full-service immigration and international human rights law firm in Maryland. In addition to her work representing foreign nationals in consular matters, diverse immigration benefit applications, and removal proceedings, Ms. Grossman has developed an international human rights law practice to fully advocate for clients. She represents activists, entrepreneurs, academics, and professionals worldwide who have been targeted by persecutory INTERPOL notices. By challenging the legitimacy of these requests before INTERPOL in Lyon, France, she has successfully thwarted the detention and extradition efforts of Venezuela, China, Russia, and many other autocratic regimes.

In 2019, she testified before a bipartisan congressional committee (the “Helsinki Commission”) as a national expert on how to curb INTERPOL abuse by autocratic nations. Her significant testimony helped lay the groundwork for legislation to curb INTERPOL abuse, known as the Transnational Repression Accountability and Prevention Act of 2021. Read more about Ms. Grossman.

In recognition of outstanding professors in the area of immigration law

As one of her nominators put it, Rebecca Kitson “is an extremely effective teacher. I attribute much of my knowledge and expertise in immigration law to Rebecca’s teaching and mentorship. Beyond just telling students how to do something, she is excellent at creating space for creative thinking and approaches to immigration law.”

She is also committed to creating more teachers and mentors by mentoring other law professors who have limited experience in immigration law on how to teach and advise students in immigration matters, creating opportunities for growth and expansion in the clinical instruction of immigration law. Read more about Ms. Kitson.

For excellence in litigation in the field of immigration law

Many of the lawyers at Kuck Baxter, Joseph and Hall, and Siskind Susser have been great friends for years—so much so that they decided to band together at the outset of the pandemic to take on mass, high-impact immigration litigation.

Originally nicknamed the Three Amigo firms, IMMPact Litigation is the evolution of that collaboration. They have filed 22 mass federal lawsuits since the collaboration began and are proud to have a number of major successes, including one case with over 1,800 plaintiffs. Additionally, they have collaborated as cocounsel with AILA on issues of major priority to the organization, including Purdue v. Scalia (challenging Trump’s DOL wage rule) and Kinsley v. Blinken (challenging the legality of the 212(f) visa ban). Read more about Immigration IMMpact Litigation.

Matthew T. Galati (“Matt”) is the Principal of The Galati Law Firm, LLC, headquartered in Elkins Park, Pennsylvania. Founded in February 2020, the firm focuses most of its practice on investment migration, extraordinary ability cases, federal court delay and denial litigation, and representing clients in other entrepreneurial visa filings. Most of his peers however know him as an expert in the EB-5 realm.

As one nominator wrote, Mr. Galati’s move to start his own firm was a daunting challenge and one many young lawyers never take, but he has “great business acumen and practice management skills,” which, added to his immigration law knowledge, made him a truly exceptional young lawyer. Read more about Mr. Galati. 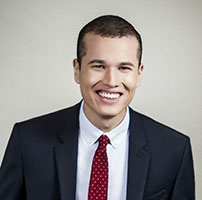 In recognition of coverage that most accurately depicts immigration, immigrants, and related issues (established 2000)

Camilo Montoya-Galvez is the immigration reporter at CBS News, covering U.S. immigration policy, the contentious debate over the issue, and the human stories of those affected by a sprawling and complex system at the center of America's story.

In his current role, Mr. Montoya-Galvez has written hundreds of articles, frequently discussed his reporting on the CBS News streaming network and radio, and guided CBS News’ immigration coverage. Over three years, he has built one of the leading and most trusted national sources of immigration news, filing breaking news pieces, as well as exclusive reports and in-depth feature stories on the impact of major policy changes. Read more about Mr. Montoya-Galvez.

In August 2021, when the world’s attention focused on the aftermath of the U.S. departure from Afghanistan and the swift takeover by the Taliban, the attention of AILA members turned to what they know best: immigration law. They looked for a way to use their expertise and understanding of one of the most complicated areas of law to help our allies, vulnerable women, children, journalists, and other human rights activists who were now fearful for their lives due to the Taliban rule.

As desperate people sought answers, and cries for help were amplified, a few dedicated AILA Members stepped up to lead a massive pro bono effort. As more than a thousand AILA Members joined a newly created Afghan Evacuation listserv and AILA staff fielded hundreds of inquiries, these individuals spent nights and weekends finding resources for AILA Members, answering questions, attending hundreds of meetings on the Hill and with Administration officials to advocate for reforms, working with coalition partners, and appearing on numerous roundtables. 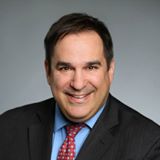 Awarded periodically in recognition of outstanding volunteer services by an AILA Member, over a period of several years, in advancing the mission, development, and value of the American Immigration Lawyers Association for its members and the public it serves

Marc Van Der Hout is a practicing attorney and the founding member of Van Der Hout LLP. He is a California State Bar Certified Specialist in Immigration and Nationality Law.

Mr. Van Der Hout has been recognized by bar associations throughout the country for his innovative and resourceful representation of immigrants and has litigated some of the most important cases in immigration law in his almost 45 years of practice. He has twice received AILA’s premier award for outstanding litigation in the field of immigration law and twice received the Carol Weiss King Award of the National Immigration Project of the National Lawyers’ Guild for outstanding immigration litigation. Read more about Mr. Van Der Hout.

Charlie Oppenheim worked for the U.S. Department of State for over 43 years and was the Chief of the Immigrant Visa Control and Reporting Division in the Office of Domestic Operations from January 1998 through December 3, 2021, when he retired.

He was lauded by nominators as being not just an expert, but accessible, sharing his wisdom and knowledge over decades. “Even since his retirement, he continues to engage with AILA members, most recently attending an AILA EB-5 Committee meeting and working with members of that committee on technical advice related to the EB-5 reauthorization legislation. Charlie is deserving of the Founders Award not only because of his remarkable government service, but his enduring partnership with the AILA community.” Read more about Mr. Oppenheim.